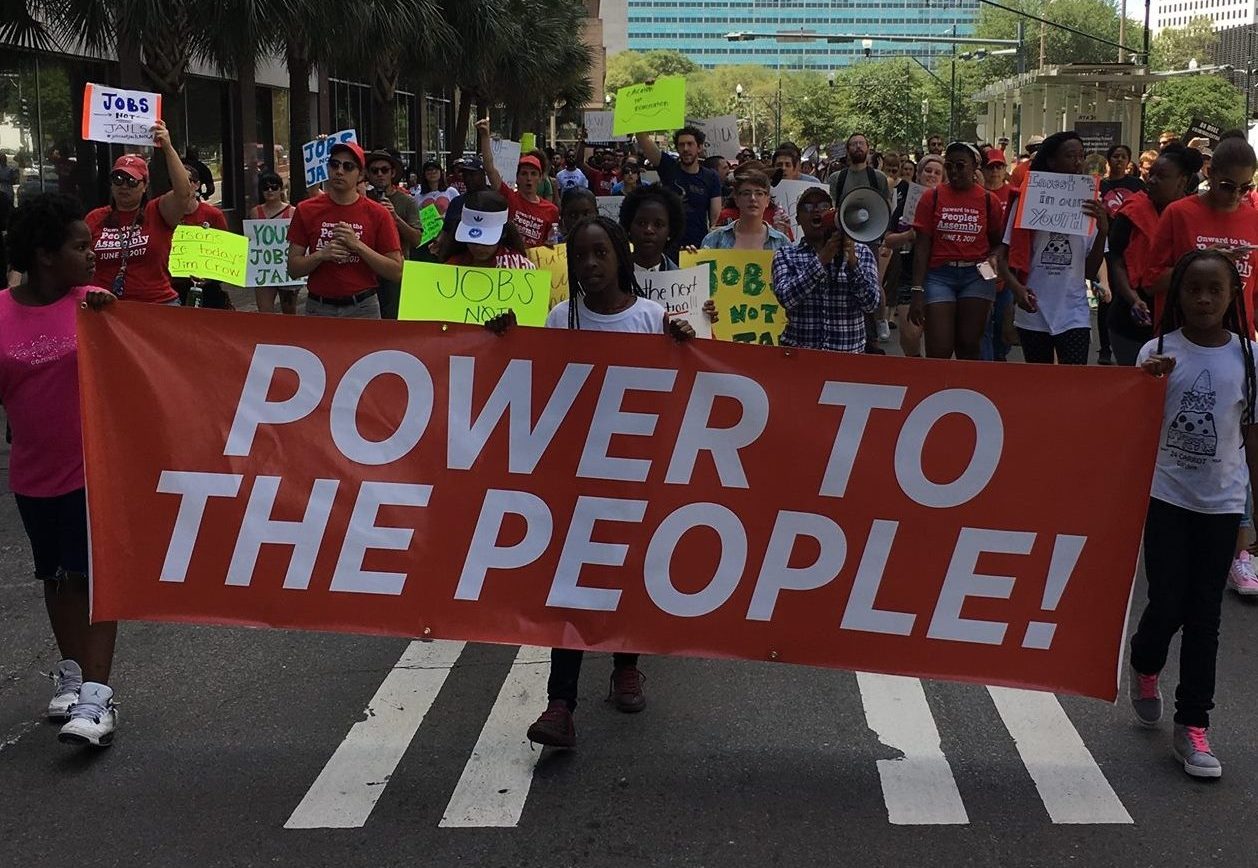 The New Orleans Peoples’ Assembly “Fight Back Manifesto” is not intended to cover every single issue and instance of concern. It does address key areas that we collectively are affected by, and must organize for, as immediate priorities. As we achieve these demands, we will be in better position to expand our goals.

We oppose and will resist what harms our communities, while building toward tangible solutions to allow the masses of working class people a chance to live lives that are healthy and whole.

For any elected official or office holder, we call on you to support this program or move out of the way as an obstacle. We lean on the power of the people! Our time, energy, resources and votes will be used to achieve our program. Here is our program for 2017:

Instead, we DEMAND the following:

2) Affordable Housing and a Roll Back on Taxes, Pre-Katrina Levels for Households Under $75,000

3) 100% Funded Relocation of Gordon Plaza Residents Who Live on Life Threatening Toxic Land that is too Dangerous for Human Life. Most Environmental Issues are Human Made and Must Be Corrected and Prevented

5) Full Funding and Building of 40,000 Homes for Former Residents of New Orleans Pushed Out of the City by the Aftermath of Katrina

9) New Orleans to Serve as Official Sanctuary City, so that ALL Residents Are Safe from ALL Forms of State Sanctioned Violence, or Deportations, and Where Traffic/Profiling Cameras Are Abolished